Louis Masai Michel grew up with Afrocentric artefacts, voodoo dolls and living what many other children can just read about in storybooks. Michel’s father was born in a mud hut in Cameroon, in north-west Africa, and was the only white child in the village.
Louis first started street art when he lived in Cornwall. Then, when travelling through South America he saw what he described as “incredible stuff”, “mind blowing” street art and he was encouraged to try his hand at it.

Louis Masai Michel is definitely one of those people who have a mission to raise awareness of the plight of the humble honey bee. He is doing that trough his  Save the Bees mural project that starts shortly after his trip to South Africa where he was painting endangered animals, when he began to learn about about bees and the grave implications of colony collapse disorder.He created series of murals incorporating bees on walls around London but shortly after his project spread to Bristol, Devon, Glastonbury, Croatia, New York, Miami, and New Orleans.
For many of those mural he collaborated with artist Jim Vision. His work is not just about  bees check his Instagram and Twitter to learn more. 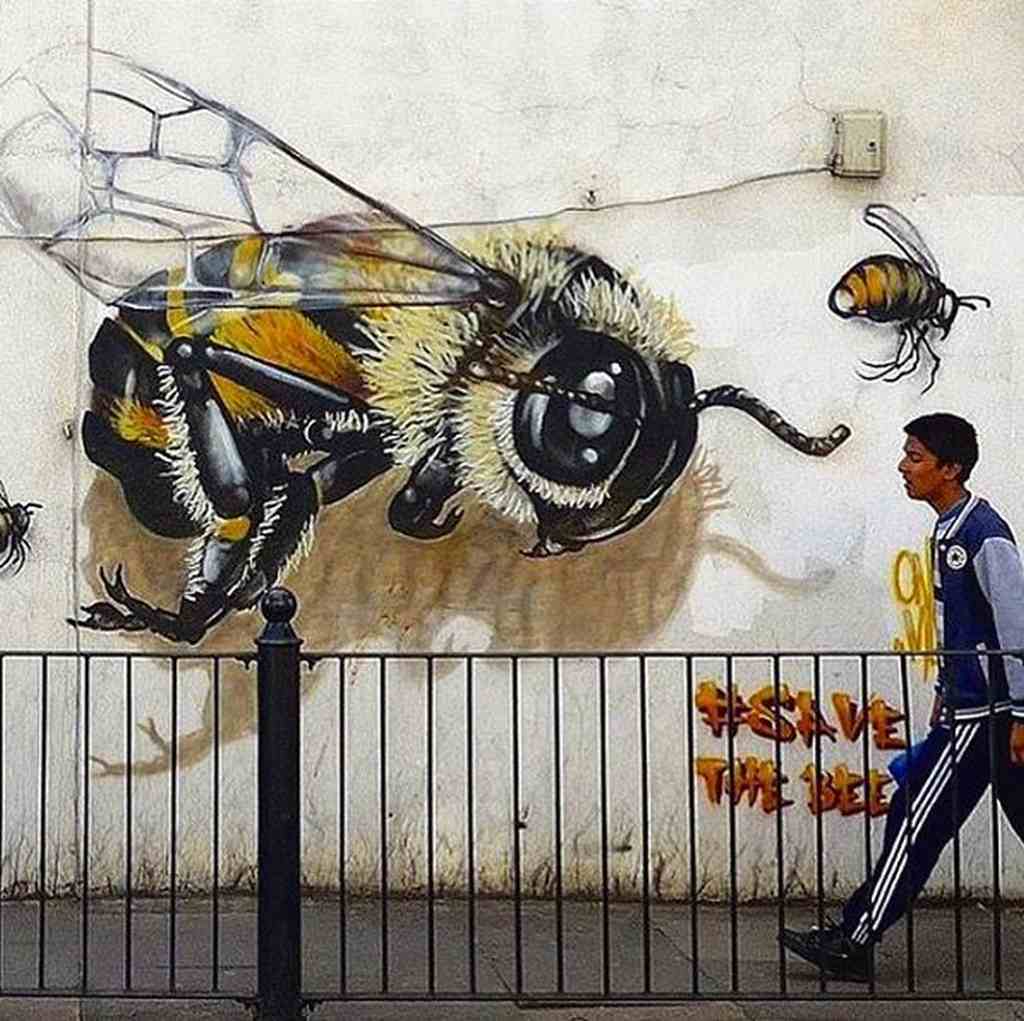 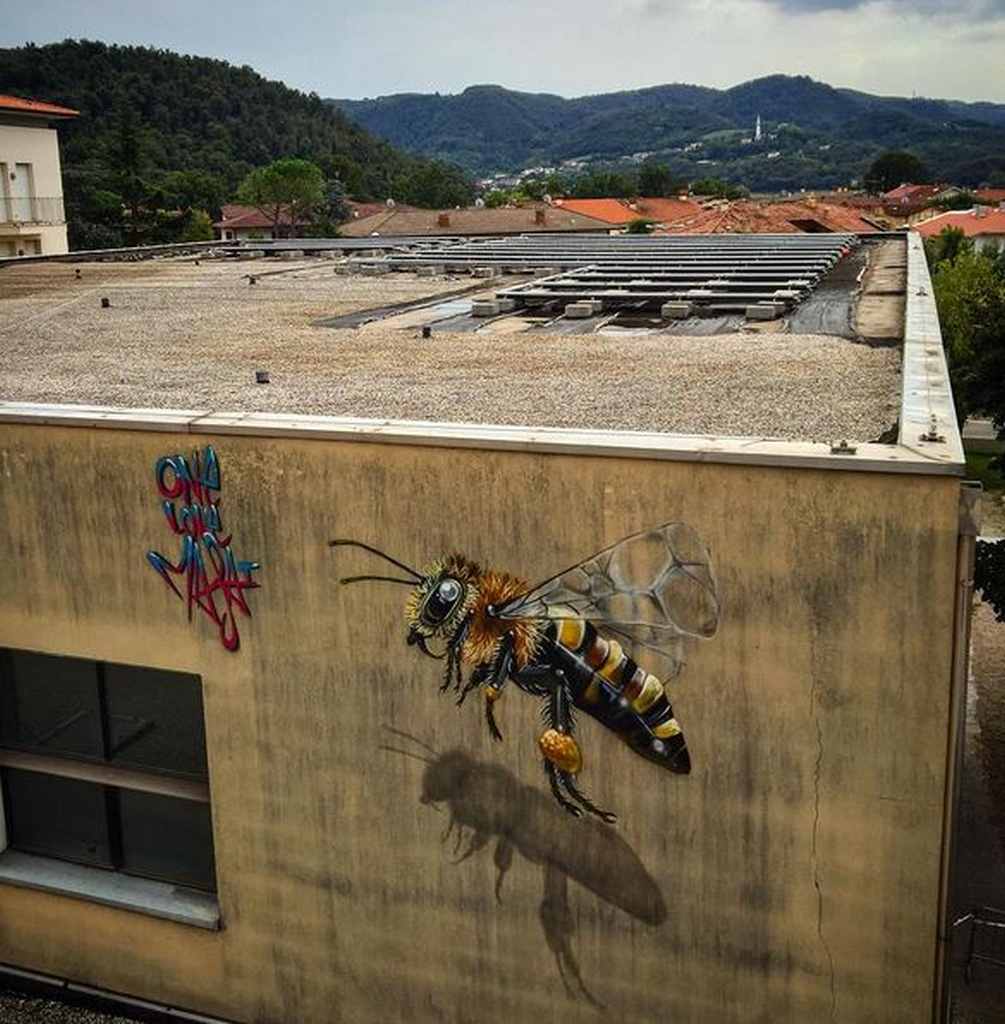 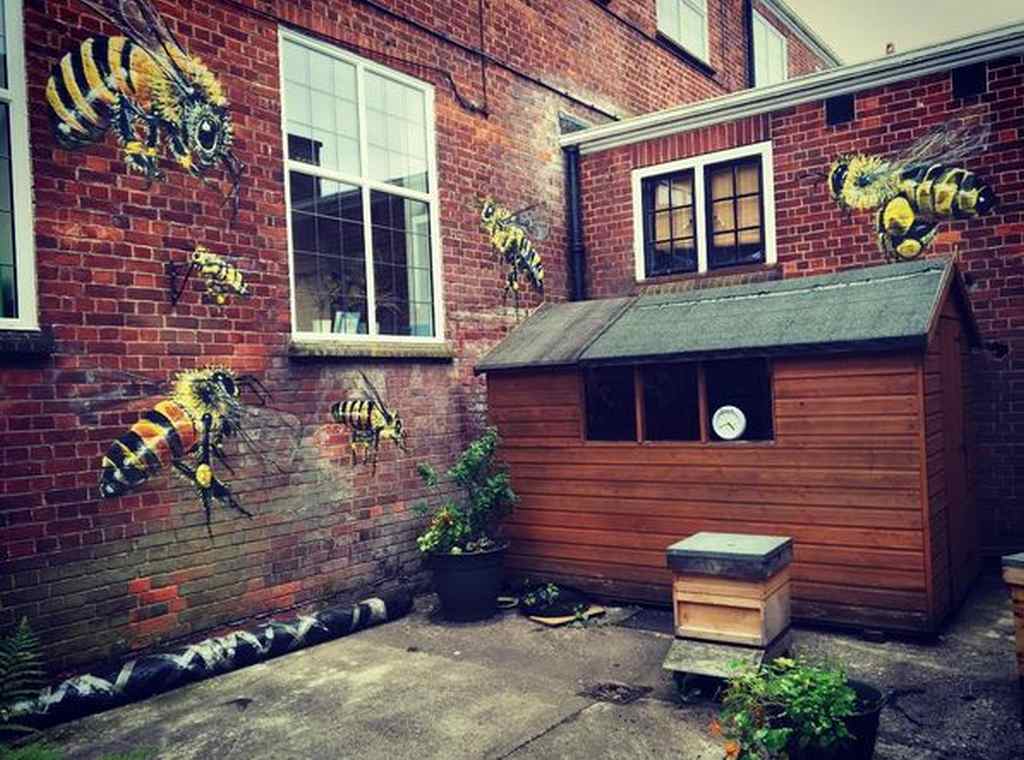 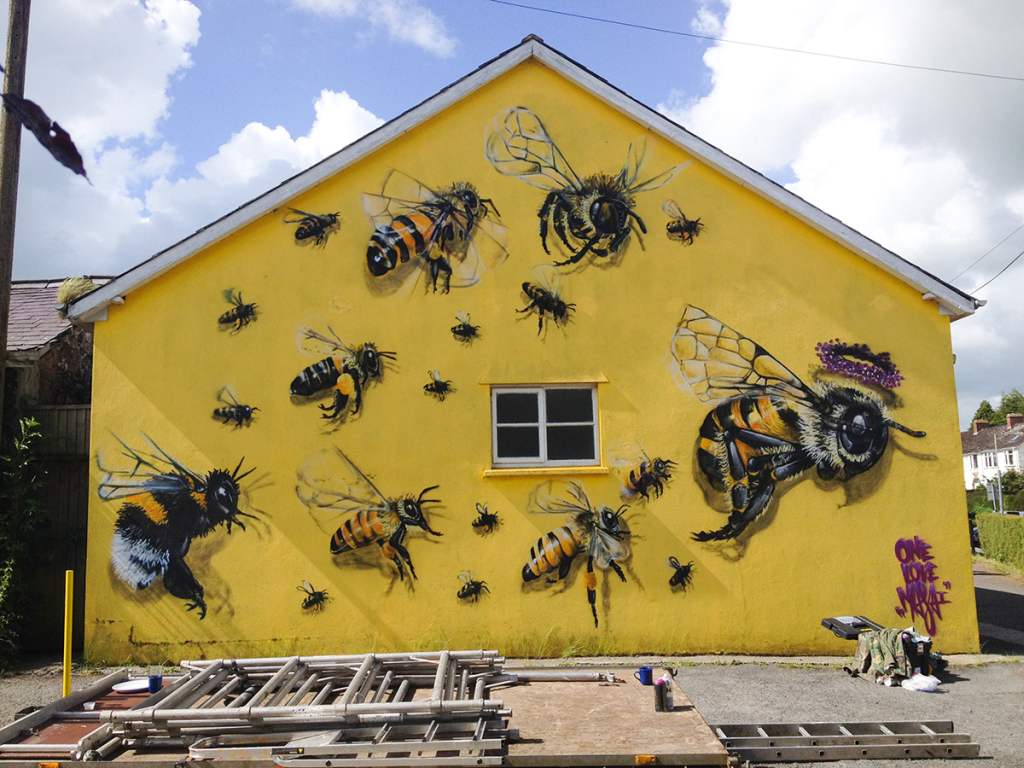 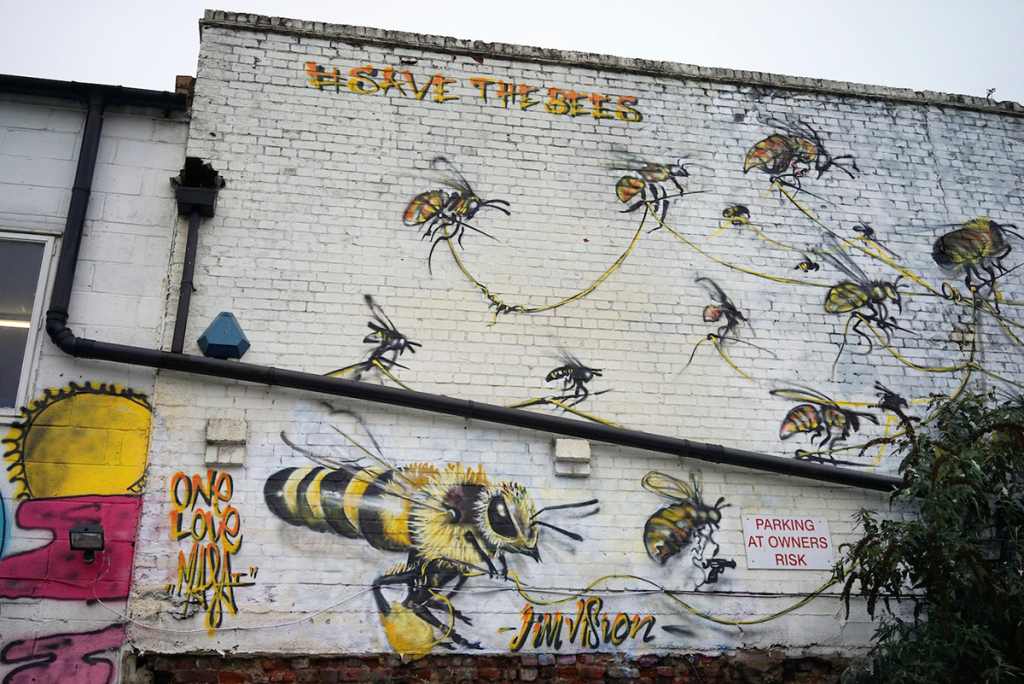 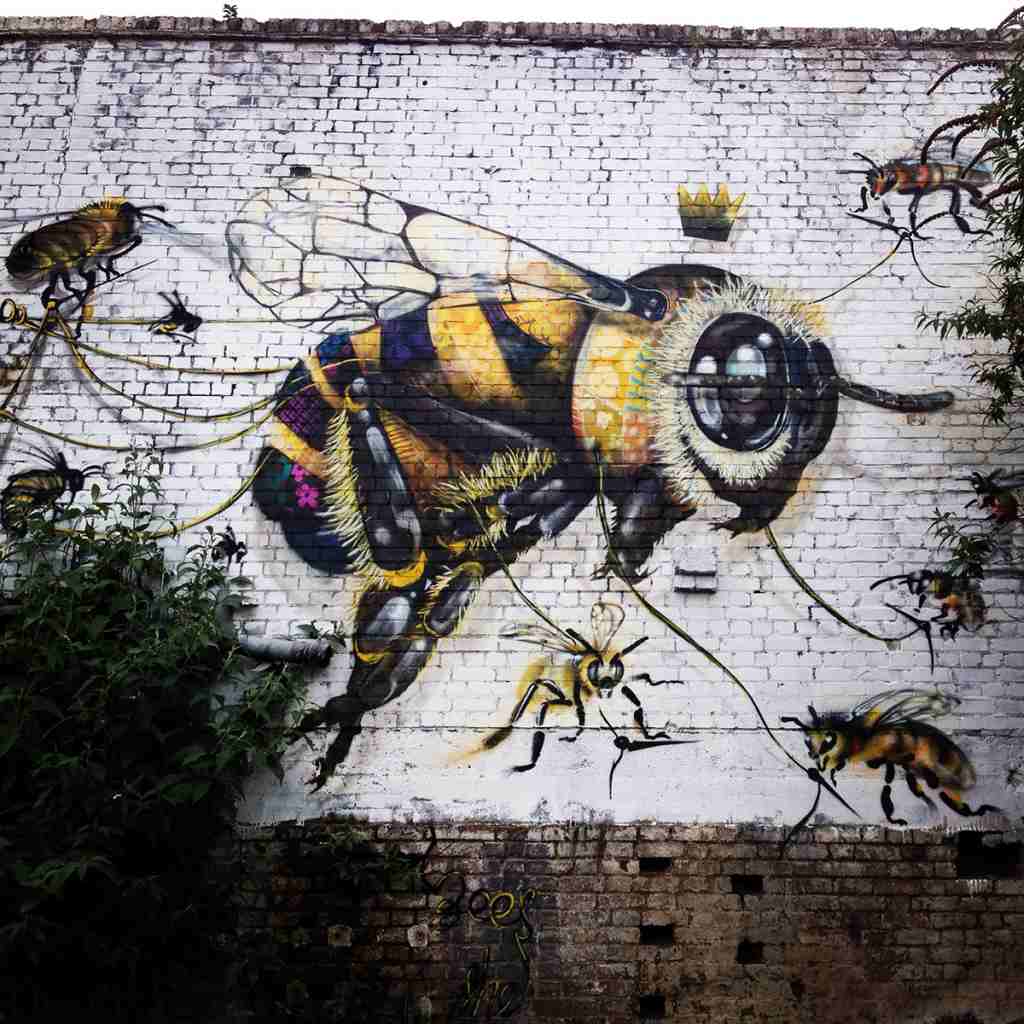 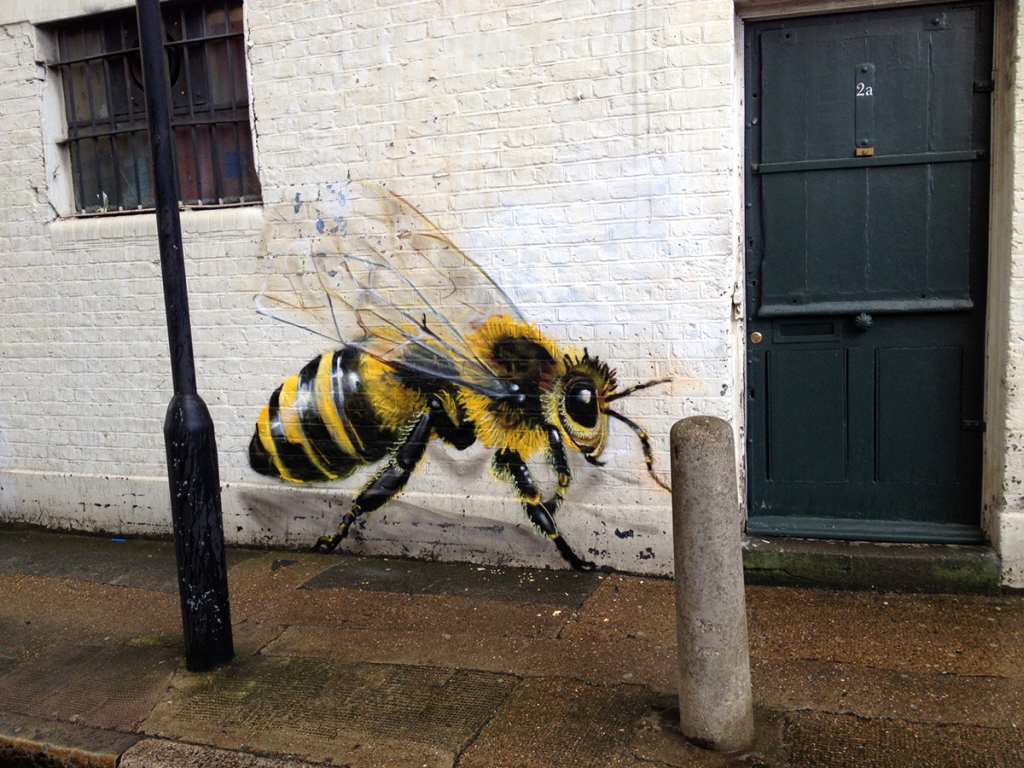 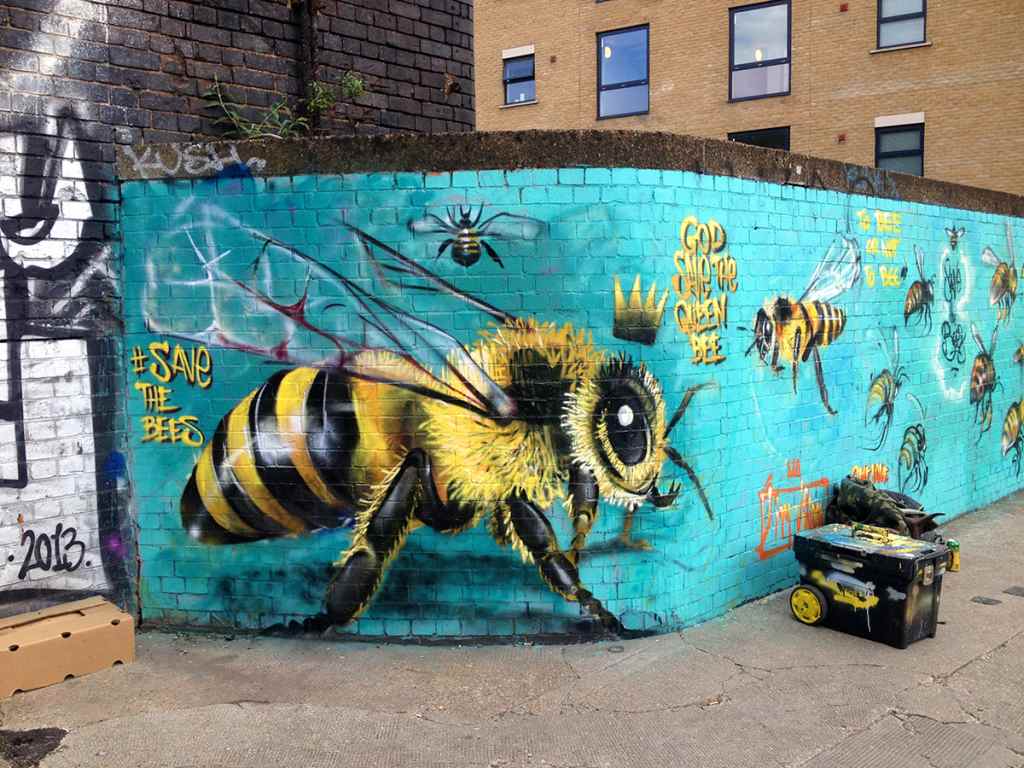 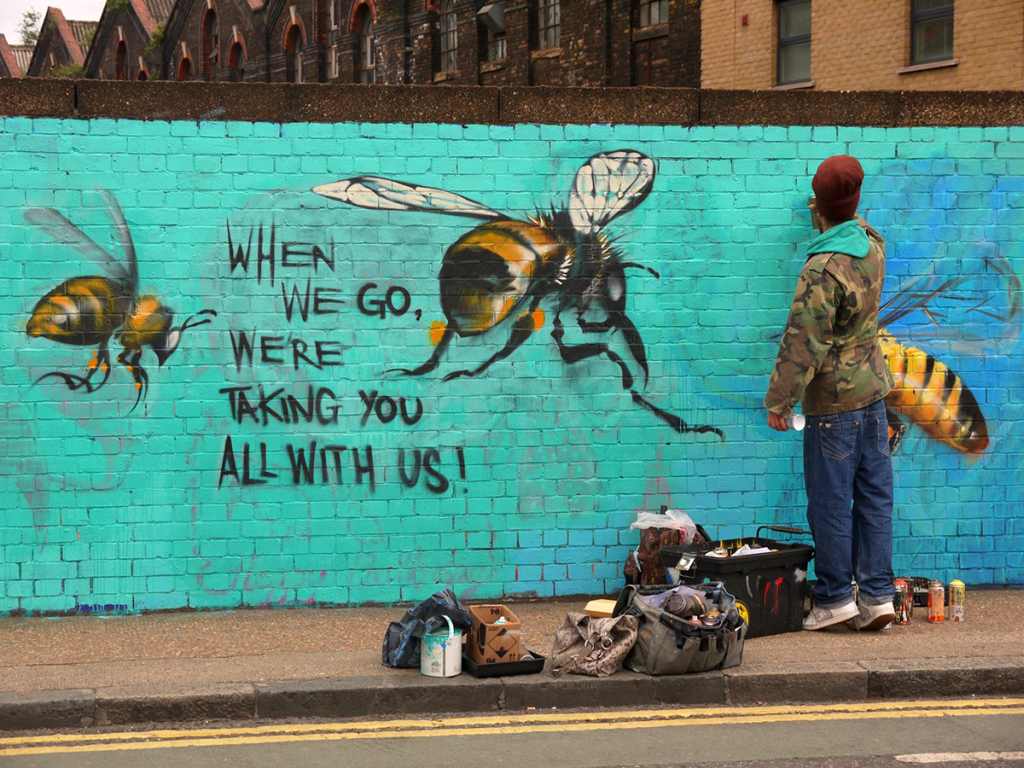 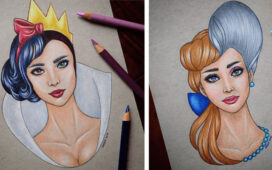 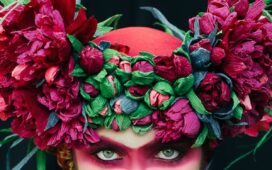