And it’s done! The inauguration of controversial 45 President of The United State is history now. President-elect Donald Trump and Melania Trump officially become the nation’s First Couple after the 2017 inauguration ceremony which took place in Washington D.C. For her inauguration look, Melania Trump wore a sky-blue cashmere jacket and mock turtleneck dress by Ralph Lauren. She wore matching shoes and gloves–the look has already been compared to the powder blue outfit Jackie Kennedy wore for her husband’s Inauguration in 1961.
New First Lady appeared to take a page from the White House beauty playbook by pulling her hair back from the face in a timelessly face-framing style and pairing the look with quietly polished makeup.

Below you can also see the look of the pre-inaugural events from Thursday. First Lady wore double-breasted black coat with a military cut by Norisol Ferrari which was warmly welcomed by
commentators and seen as an expression of respect and a tribute to the veterans. At the pre-inaugural ball Melania appeared in a golden dress by Lebanese designer Reem Acra, famous for her fantastic wedding dresses and evening gowns. 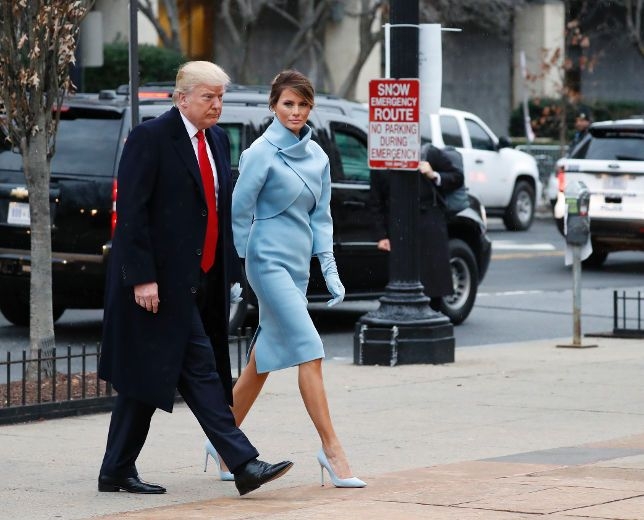 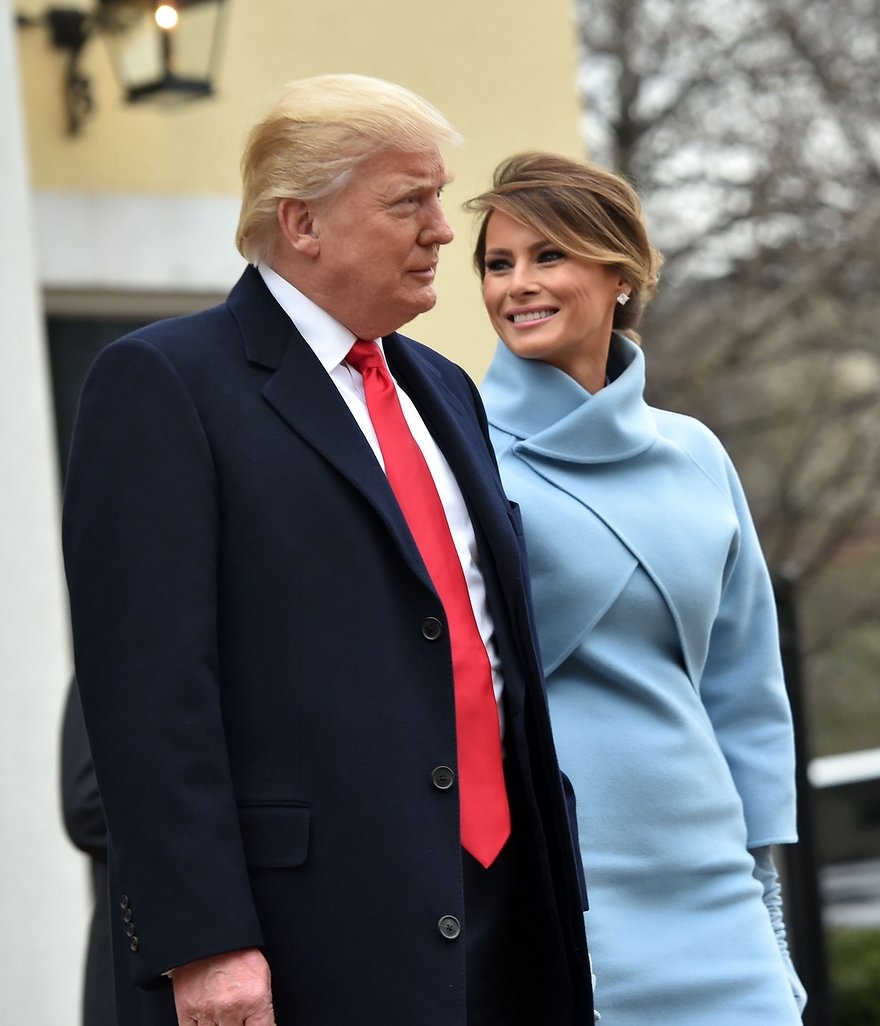 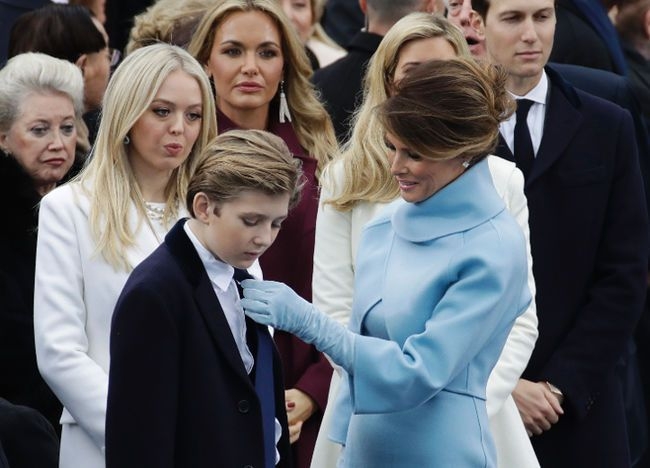 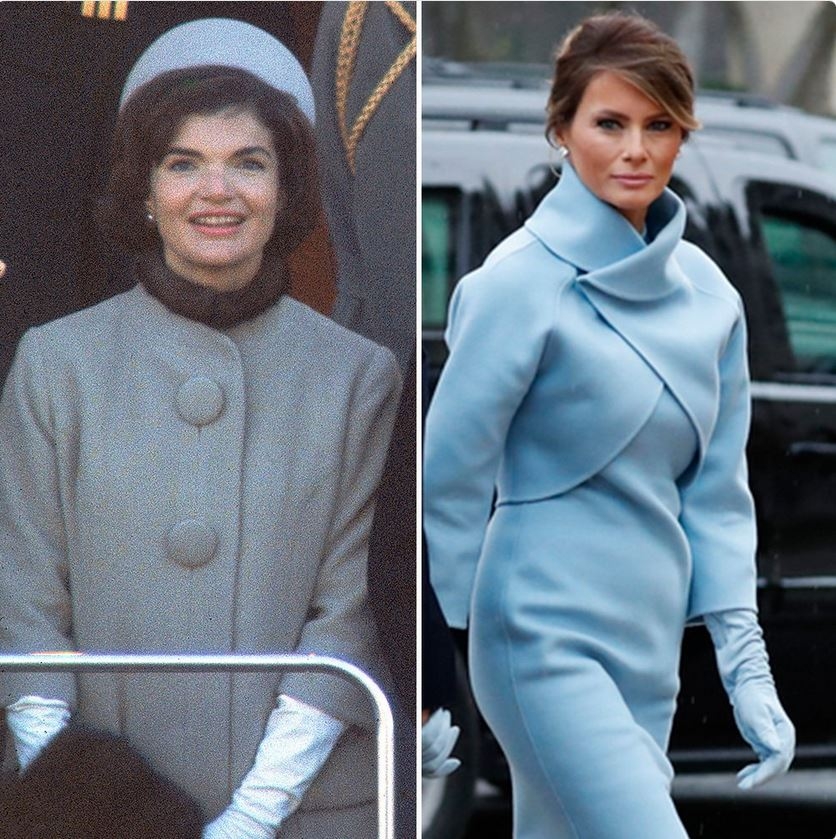 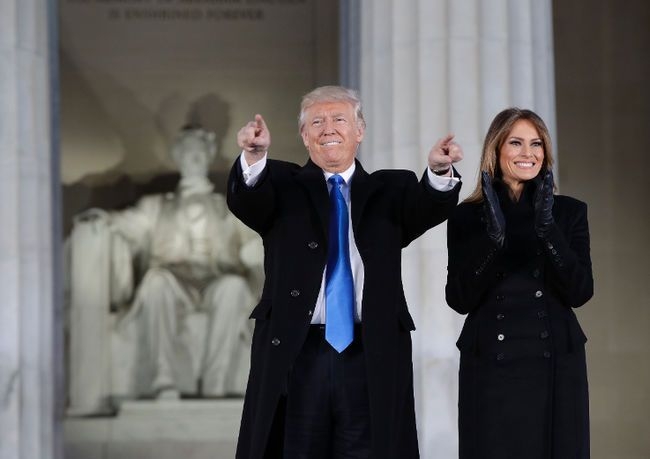 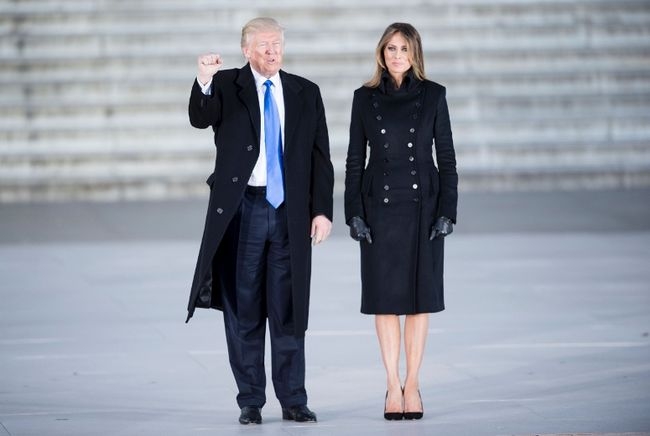 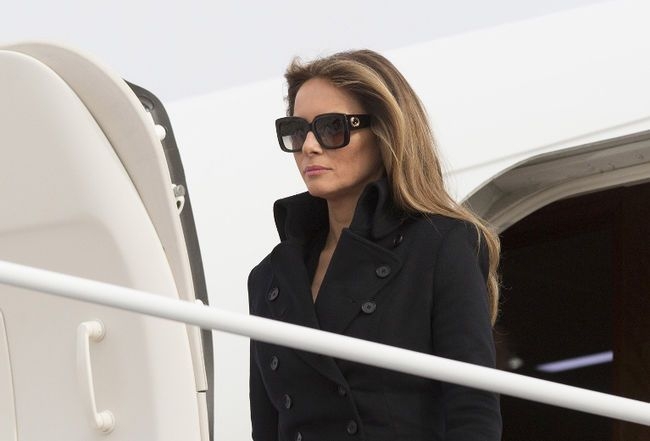 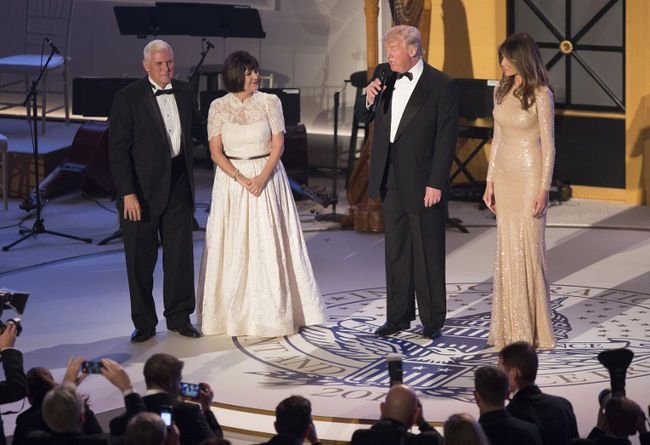 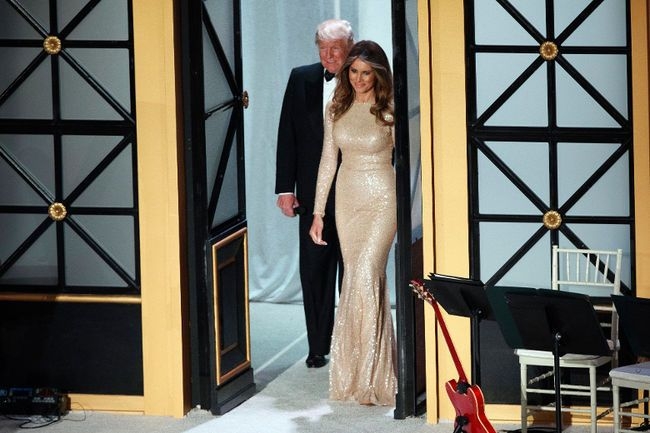 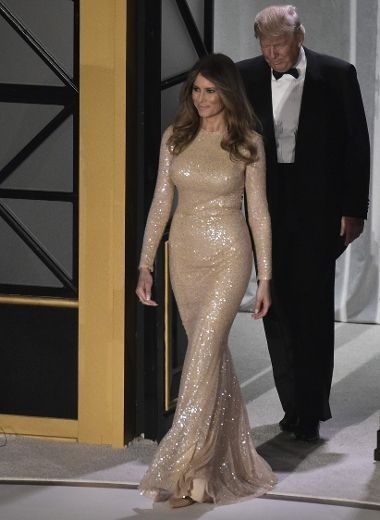