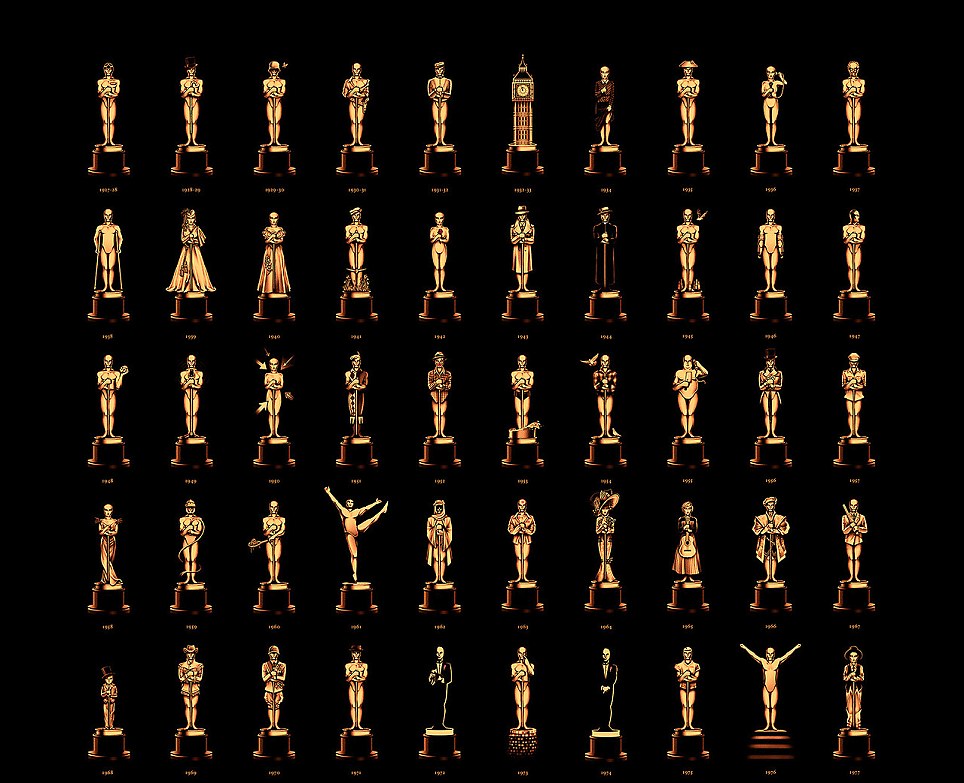 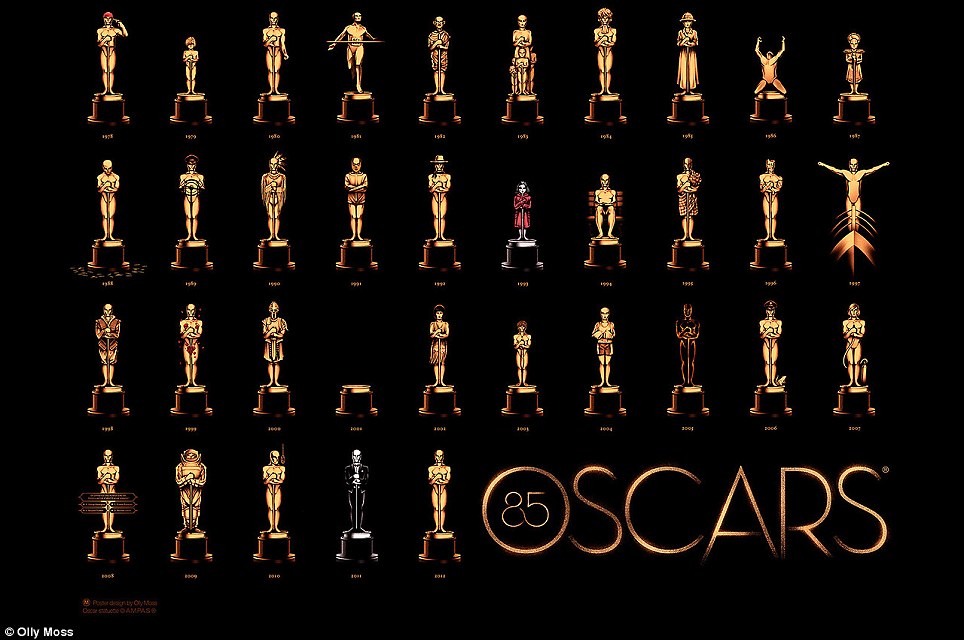 Only a few hours and great spektakl of glitz and glamour will begin. However, before  we start  this parade of vanity, we can focus little bit on awarded for the Best Picture. British artist, Olly Moss has designed as tribute to the Academy Awards. She invented 84 individual statuettes to represent every film that has ever won Best Picture at the Academy Awards. The first statue is for “Wings”, which has won Oscar at the first ceremony in 1927, the last one for last year’s winner “The Artist”. Each of those images has been specifically designed to evoke the classic movie.

Winners 1927 to 1932: Wings, The Broadway Melody, All Quiet On The Western Front, Cimarron, Grand Hotel

Winners 1932 to 1937: Big Ben, It Happened One Night, Mutiny On The Bounty, The Great Ziegfeld, The Life Of Emile Zola

Winners 1943 to 1947:  Casablanca, Going My Way, The Lost Weekend, The Best Years Of Our Lives,  Gentleman’s Agreement

Winners 1988 to 1992:  Rain Man,  Driving Miss Daisy, American in Dances With Wolves,Hannibal Lecter in Silence Of The Lambs,  Unforgiven 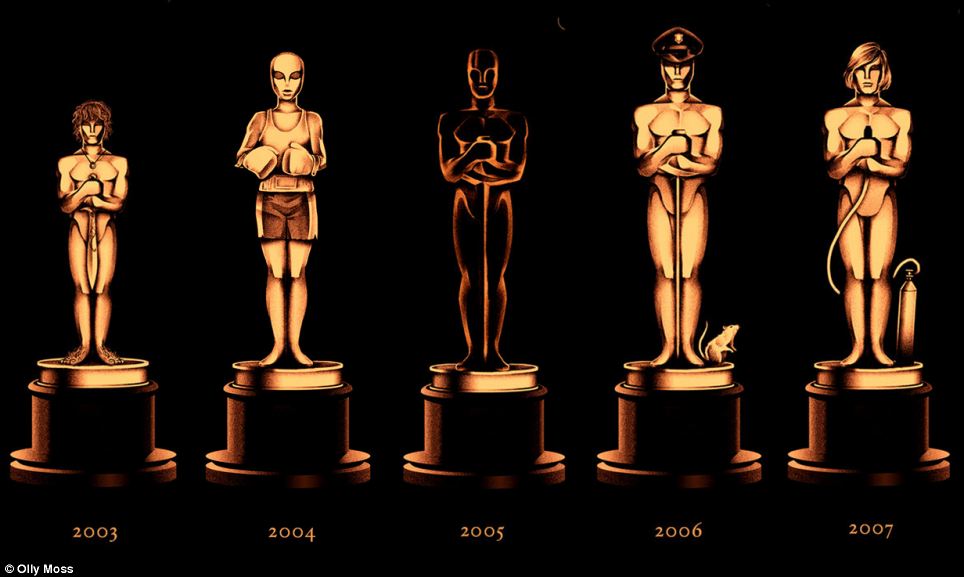 Winners 2003 to 2007: The Lord Of The Rings: The Return Of The King, Million Dollar Baby, Crash, The Departed, No Country For Old Men 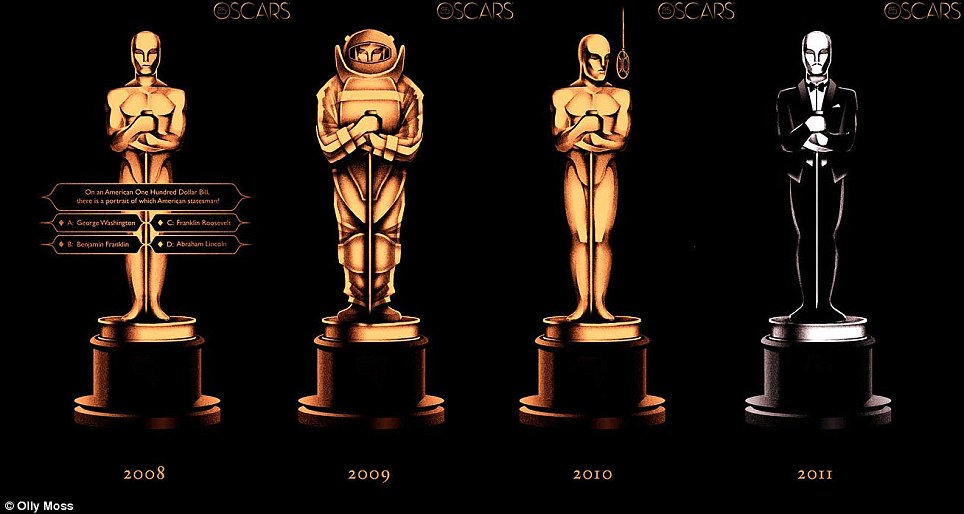 Winners 2008 to 2011:  Slumdog Millionaire, The Hurt Locker, The King’s Speech, The Artist